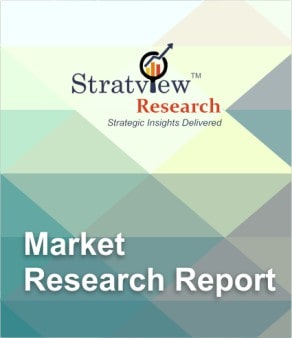 Listen
Pause
Buy Now |
I have a question first!

I have a question first!

Improvised explosive device or IED is a type of unconventional explosive weapon that can be activated in several ways and can take any form. Rising occurrences of asymmetric warfare and snowballing incidences of terror attacks across the globe are the key reasons why there is a dire need for efficient ways to counter this looming threat. This is where counter-IEDs or C-IEDs come into play and are becoming an increasingly crucial aspect of warfare and military operations.

The COVID-19 Pandemic has brought forth several unprecedented challenges for the defense industry including increased COVID-19-related costs, disruption in the supply chain, travel restrictions, production halts, labor crisis, and impacts of remote and adjusted work schedules. Due to the pandemic, in the USA, about 279 defense contracting locations were compelled to shut down for an average of 20 days since April. Several countries’ budget allocation and funding have directly or indirectly been impacted by the pandemic, which may cause a trickle-down effect on the C-IED market.

However, the proactive formation of strategies by the defense companies is helping them to mitigate the loss in their margin levels and revenues, triggered by the Pandemic. Further, the rise in the military expenditure of key economies coupled with the favorable timing of contracts proves to be game-changing for defense companies in this breath-taking market conditions.

The global C-IED market is likely to reach a value of US$ 1,406.7 million in 2025, experiencing a healthy CAGR of 1.7% during 2020-2025.  The C-IED market is extremely ambivalent, dependent on several unpredictable factors such as budgets, conflicts, country-specific war tactics, and the overall need of the hour. Prevalent tensions among powerful countries may create a sudden spike in demand, turning the entire tables. Also, the whirlwind of evolvement in IEDs presents huge opportunities for the market stakeholders to develop advanced and more efficient counter-IED equipment in order to satiate the market needs.

Wish to get a free sample? Register Here

The C-IED Market is gradually heading towards consolidation as the industry recorded a good number of mergers & acquisitions to tap growing opportunities in this briskly expanding market. For instance, in 2019, L3 Technologies and Harris Corporation merged, making a global leader in defense technology. In the past decade, L3 acquired Micreo Limited and ITT Exelis to augment its position in the market.

Based on the end-user type, we have segmented the market as military and homeland security. The military segment continues to be the key demand generator of C-IEDs owing to high military spending coupled with the pressing need to counter cross-border terrorism. Homeland security, another market for C-IEDs, is anticipated to witness higher growth over the next five years, supported by an increased budget of homeland security by the governments of several countries including China.

In terms of regions, North America is expected to remain the largest market for C-IEDs during the forecast period. The USA is the growth engine of the region’s market with massive defense spending and increased focus towards the adoption of emerging C-IED technologies. The US Army, the US Navy, and the US Marine Corps are the major demand generators of C-IED equipment and have formed several long-term contracts with the major market players. For instance, in 2018, Chemring Group PLC was awarded a contract worth US$ 92.6 Million to supply Husky Mounted Detection System to the US Army.